Few other speakers could match your delivery, or indeed content, and the whole assembly were enthralled and overwhelmed with your hilarious stories. Some laughed so heartily they were left gasping for breath.

Willie Allan was born in Edinburgh and brought up in Dunfermline in the Kingdom of Fife. He was educated at Queen Anne High School, Dunfermline and the Scottish School of Physical Education, Glasgow. 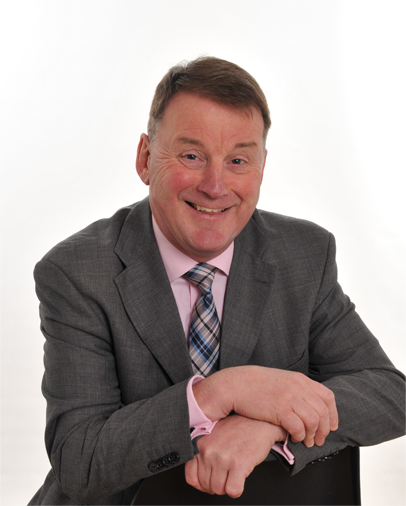 A keen sportsman, Willie spent thirteen seasons as a non-tackling stand-off with Dunfermline rugby club; he has also represented the North and Midlands. He re-established rugby at Buckhaven High school with the formation of the Buckhaven Sharks and the Sharkettes.

A committed but totally useless golfer, he is a member of Lundin Golf Club and The Royal Burgess Golfing Society.

Willie has been on the after dinner circuit since 1992. He describes his style as “disruption of expectation”. His ability to adapt his material to any audience has led to many bookings particularly in the corporate market.

He is comfortable chairing the evening or acting as a master of ceremonies. His inimitable style as an auctioneer deserves special mention! Willie is also able to offer motivational presentations based on his experiences in education, stimulating fresh ideas and viewpoints amongst the audience.

His main influences have been his father and grandfather – both miners in Midlothian and Fife for over thirty years. His parents were involved in the license trade for over fifty years; The Bruce Tavern had proved to be a rich source of material.

As a school teacher in the East of Fife, Willie obtains a considerable amount of material from the eclectic mix of pupils he has taught over the years.

He is an ambassador for SkillForce and a Trustee of The Shoot Charitable Trust.

In 2017 Willie was appointed MBE for services to youth rugby and charity.